Tranquil Space – an Invitation to Presence 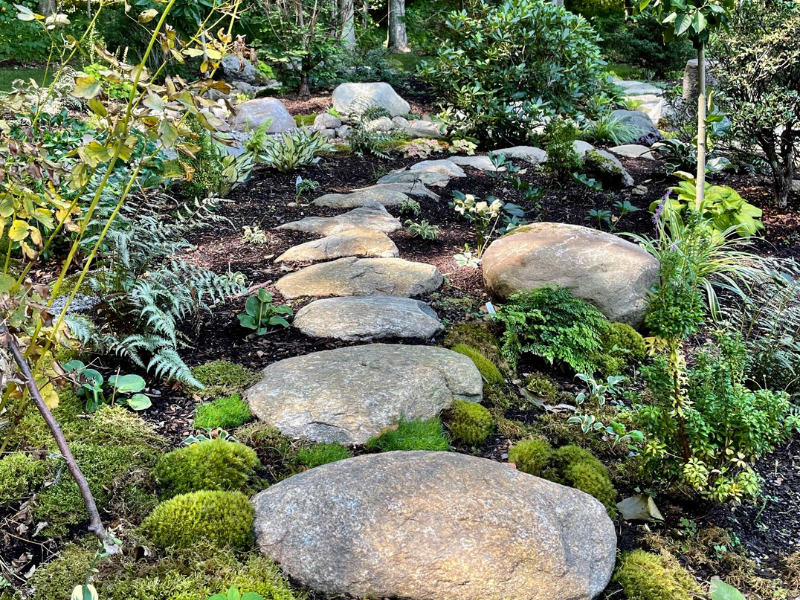 The precise placement of stepping stones invites one to deliberately slow down one’s pace.

For 19 years, the land placed in our stewardship lay untouched and silent with respect to its purpose.  Aside from a few photo ops in the snow and the occasional round of catch or frisbee, the land remained a peripheral witness to our busy indoor lives — that is, until we met Dan, Owner/Founder/Designer – of Holmes Fine Gardens. With his magical, easeful manner, he brought a rising breath to our resting land and the movement began. As the first trees were felled and the first blades cut into the earth, I began to tune into the heartbeat of the land, and it started to divulge in a wordless language that it would someday soon become an extension of me, and me of it.

Over time, Dan became an integral part of this deep tuning in process, as he had a connection to the earth that I had not yet cultivated. He seemed unhurried and receptive, and I immediately trusted him to co-navigate the transformation of our property with aesthetic design guidance from our landscape architect, Emily Musall Fronckowiak, APA Certified Aesthetic Pruner. While Emily began designing our new walkway, deck, outdoor kitchen, koi pond, and zen garden around our want for visual serenity, Dan brought a diversity of life and extraordinary color to the property by planting an extensive, lush pollinator meadow, and dotting the land with his favorite natives. I remember the sharp pang of regret I felt upon realizing how little sustenance our land had offered the wildlife for nearly two decades, and I was thrilled to be creating new habitat. I didn’t recognize it at the time, but thinking about habitats was the catalyst I needed to unleash my desire to “invite”. 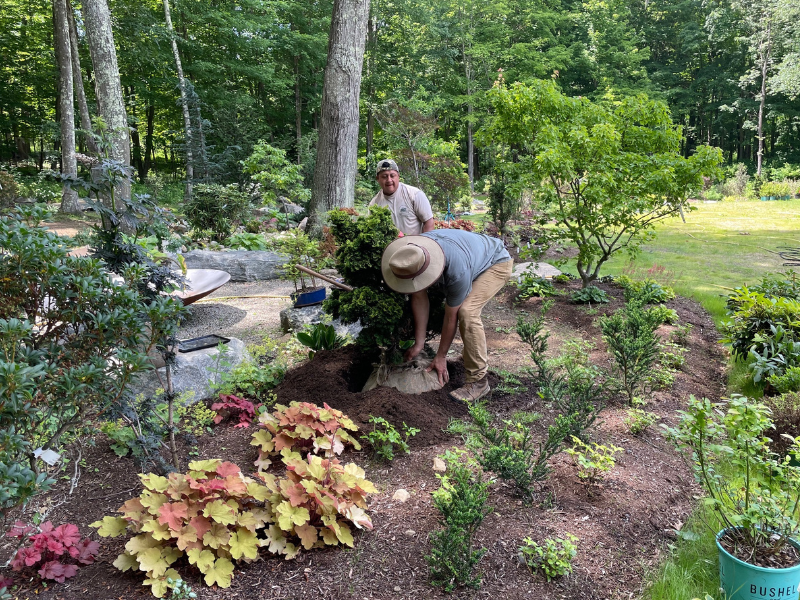 Fast forward to 2020 – the transformation began to take shape.

I began to see the land, as a picturesque setting for our home, as well as a restorative outdoor living space for our family and guests; a place in which to drop from the head to the heart, as they say. Dan’s palpable respect for the native environment and its offerings of natural boulders, ferns and mosses, and refuge for wildlife heavily influenced many of my choices as I began tuning into the heart of the garden. The rising vision of a “contemplative garden” serendipitously brought us into collaboration with Japanese landscape architect, Takaya Kurimoto. Takaya listened keenly to the experiential objectives I sought to achieve and expertly translated them into a multi-themed garden plan, influenced by Japanese garden design and spatial concepts. Ultimately, I wanted the garden to be a space, like the pauses in poetry, where one could step out of time and meet themselves fully. ~ Anáil Moon

Enjoy this visual tour of Anáil’s property – a land where one can experience and enjoy the spirit of welcoming and healing. 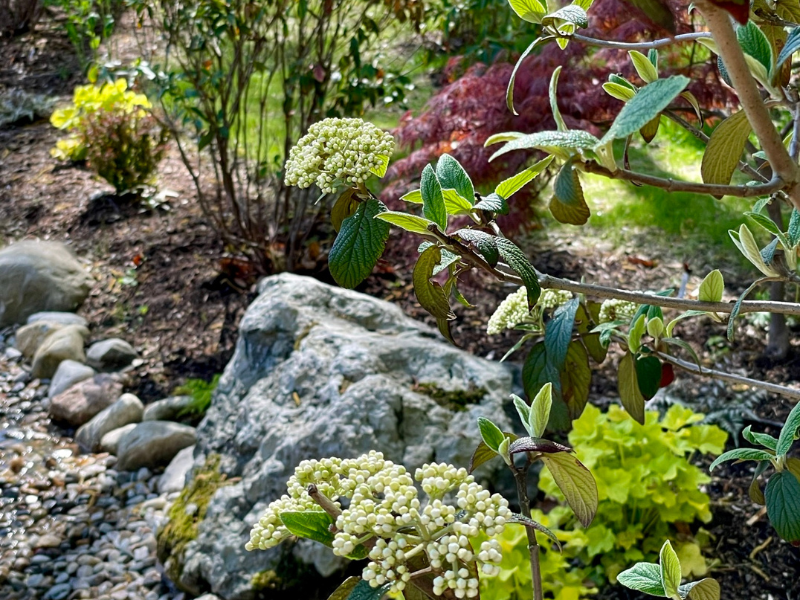 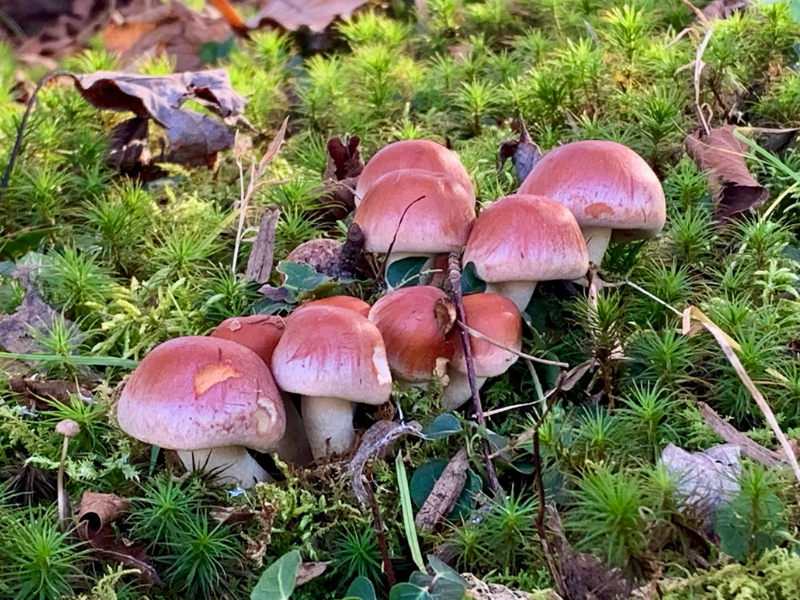 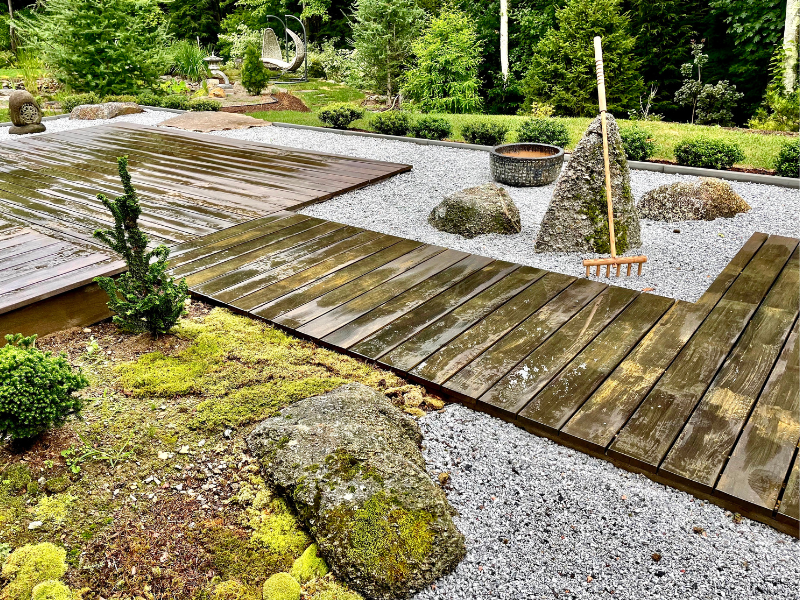 The Zen Garden – a special place to exhale fully and experience the effortless ease of being. 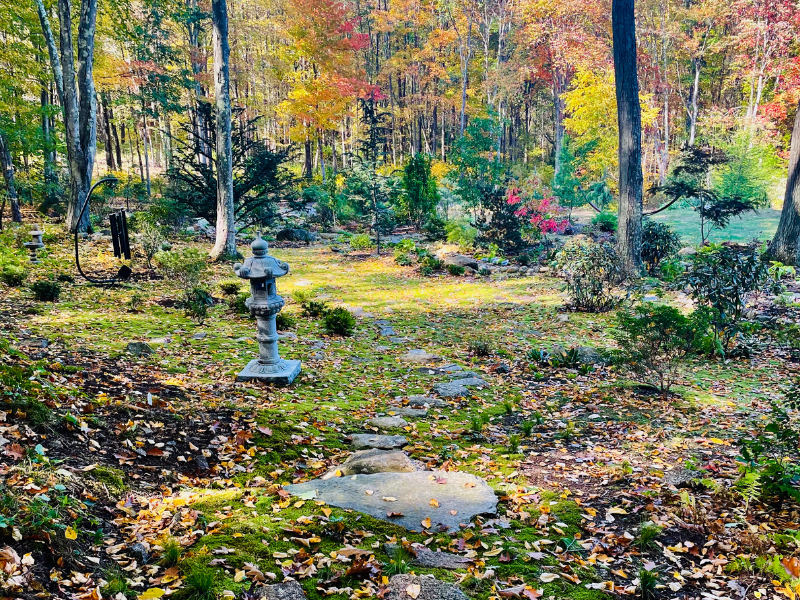 “As I tuned into the heartbeat of the land, it began to divulge into a wordless language that would soon become an extension of me, and me of it.” ~ Anail Moon 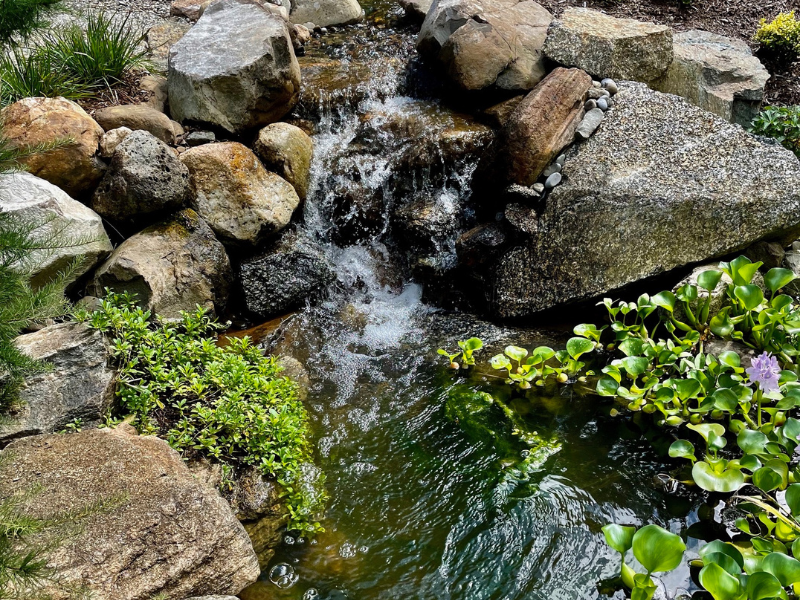 Plantings along the winding stream keep the energy of the land flowing reminding us that it is our very nature to be – in flow. 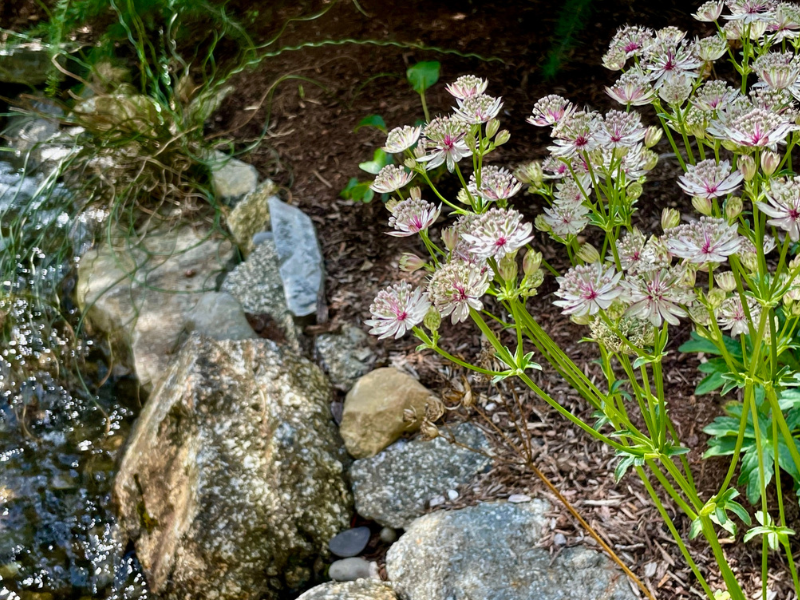 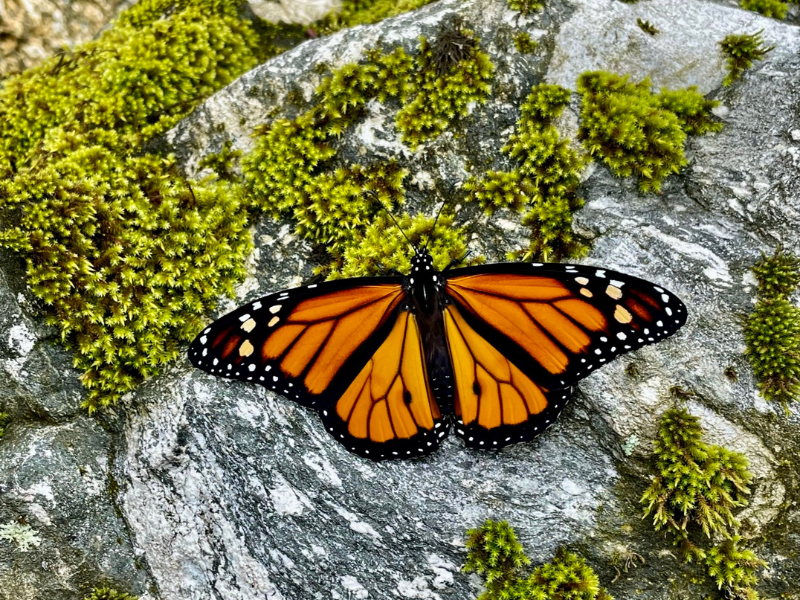 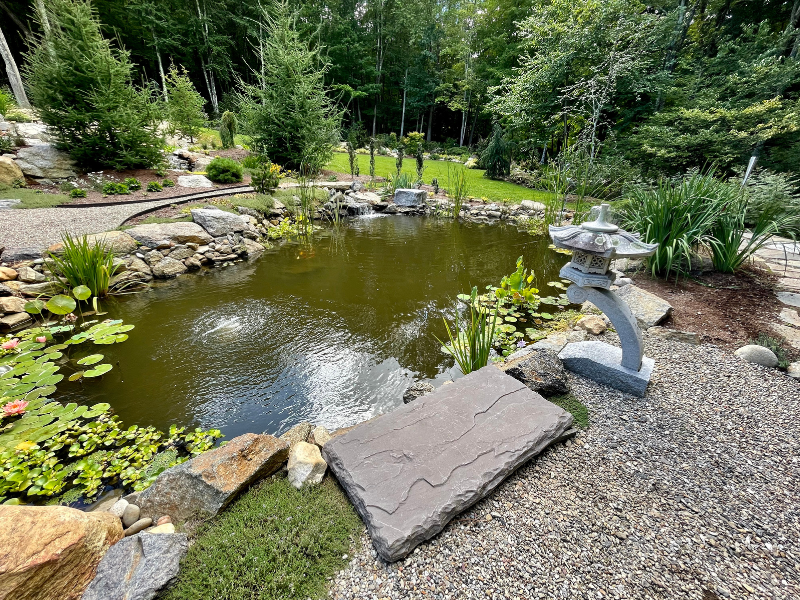 The koi pond provides a point of visual serenity within the landscape. 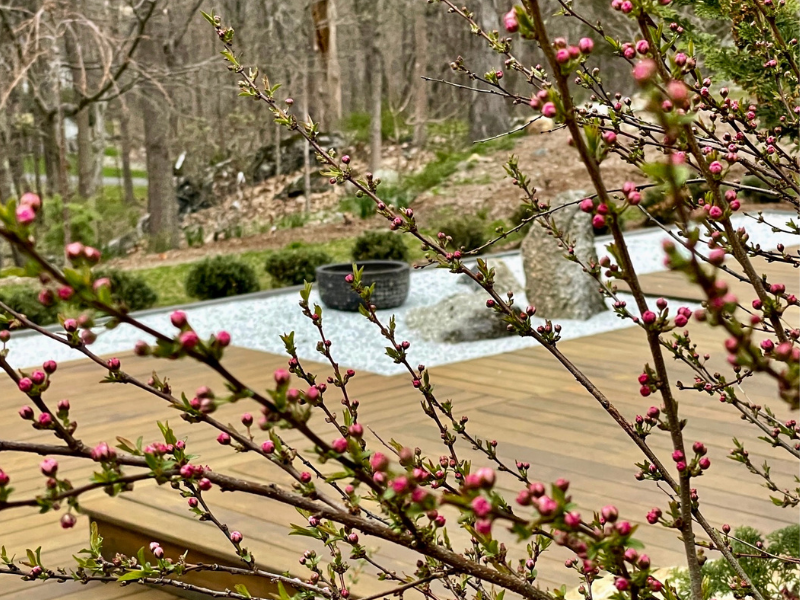 The budding Sweet Almond Tree (Prunus dulcis), a gift from Dan, draws the eye toward the Zen Garden in the distance. 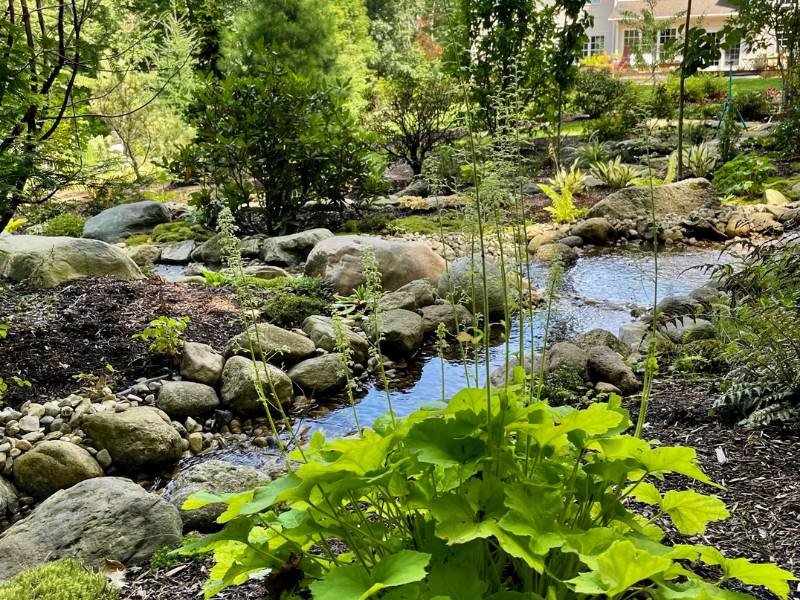 “Some would say that I was learning to follow the Tao – what became clear is that the garden would become an extension of my becoming.” ~ Anáil Moon 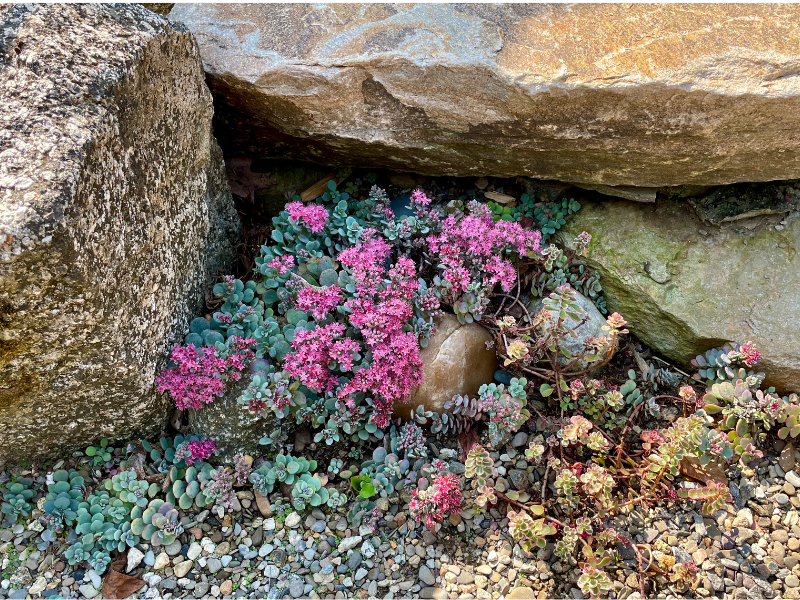 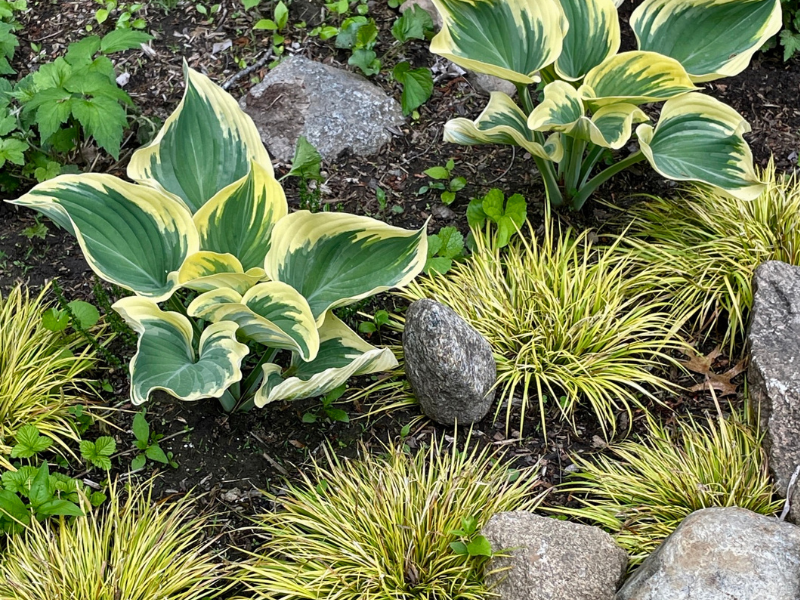 The experiences within the garden is textural and never-ending in both variety and scope. 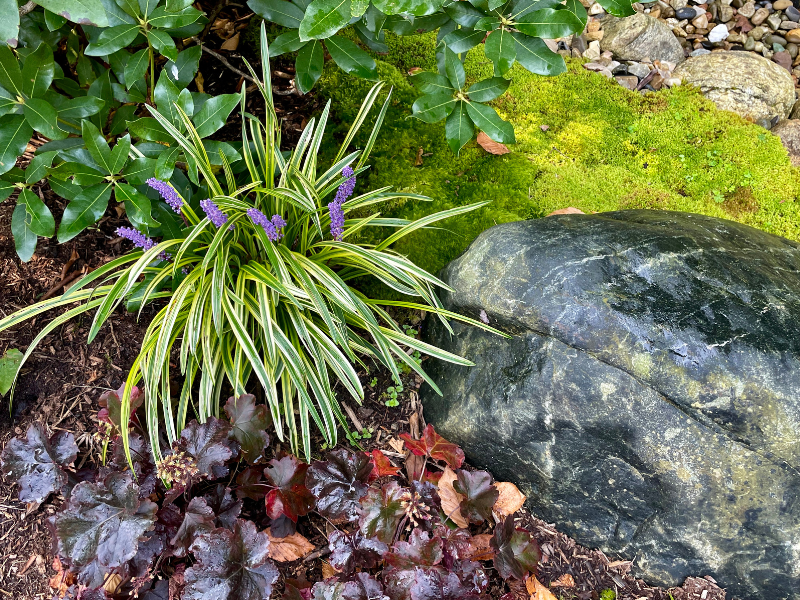 Many captivating combinations lie at the heart of the Japanese Garden. 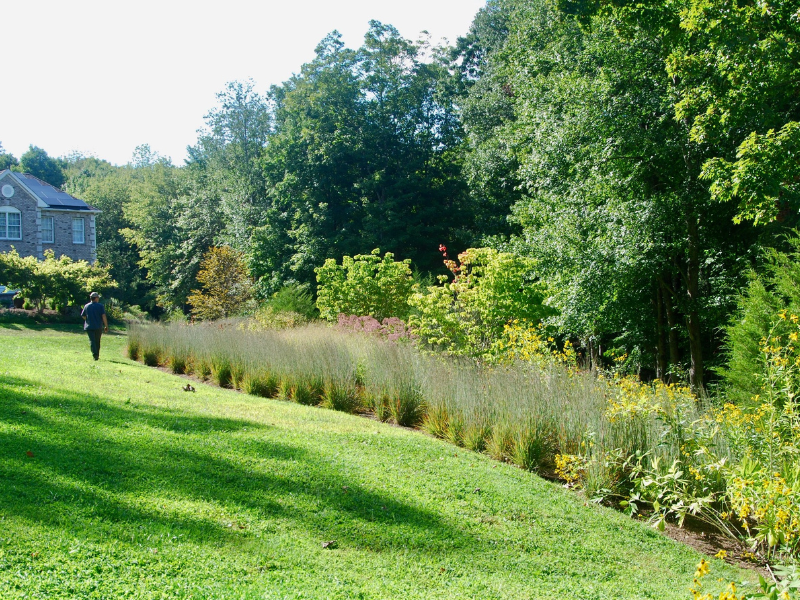 The lush pollinator meadow is a highlight as you approach this magical property. 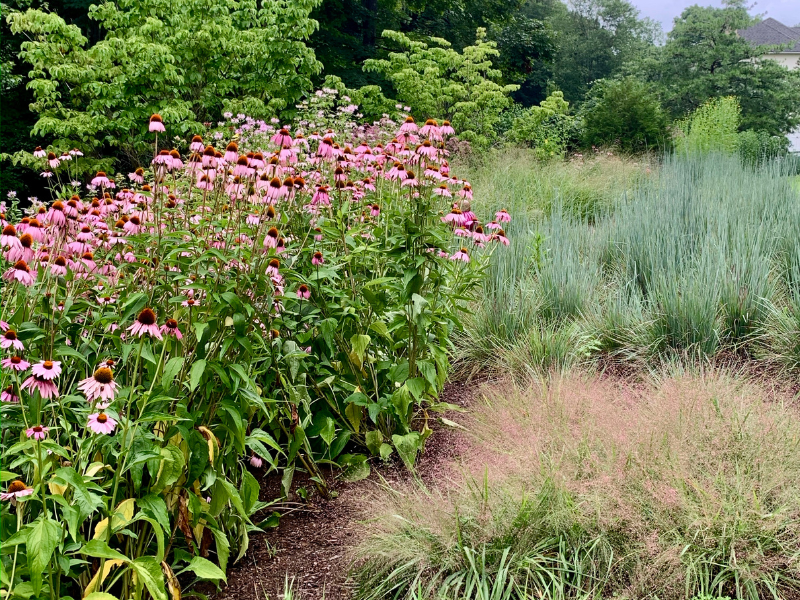 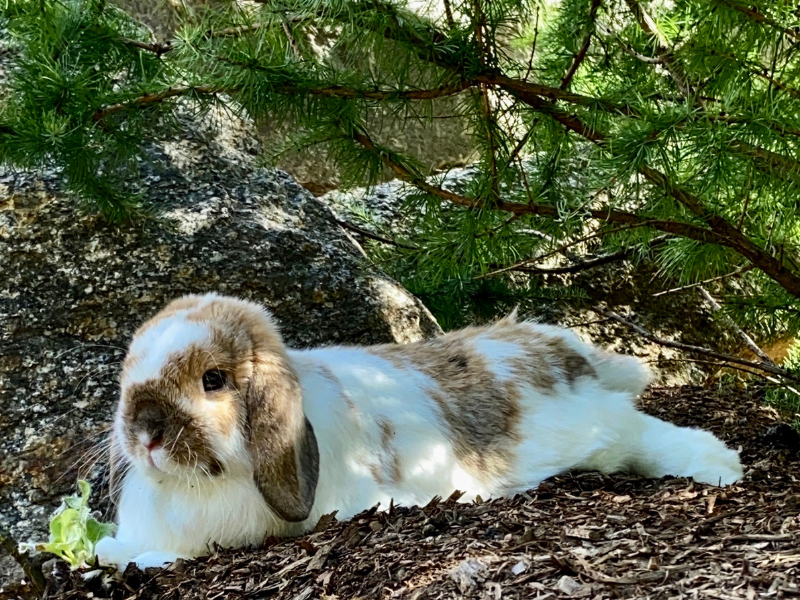 Miel, enjoying everything his special home has to offer…lunch in tow.